Olympus Says Its Panel Sees No Link to Criminals

TOKYO — Olympus, the scandal-hit Japanese maker of endoscopes and cameras, said Monday that a panel of legal experts had found no evidence of organized crime involvement in a decades-old cover-up of investment losses in which the company has blamed three former executives.

The preliminary finding from the panel comes as government investigators in Japan try to determine what happened to at least $4.9 billion that is unaccounted for by Olympus and whether any of the money may have gone to companies with links to organized crime.

In a statement, Olympus said that the panel of experts it appointed Nov. 2 to look into its past finances — led by a former justice of the Japanese Supreme Court — had so far not found any evidence that company funds flowed to organized crime groups. Nor had the panel found evidence of organized crime involvement in a series of past acquisitions by Olympus, which company executives have acknowledged played a part in its cover-up of losses, the statement said.

Earlier this month, Olympus cited the same panel in announcing that it had used a series of unprofitable acquisitions to hide investment losses reaching back to the 1990s.

But government investigators are still conducting their own inquiry.

According to a memo circulated at a recent meeting of representatives from Japanese financial regulators, prosecutors and police agencies, investigators suspect that Olympus made payments amounting to many times the losses it sought to hide.

The memo said that investigators believed ¥376 billion, or $4.9 billion, remained unaccounted for at Olympus and that more than half of that amount might have been channeled to organized crime syndicates.

In the statement Monday, Olympus denied recent reports by “certain foreign media,” saying that “such facts have not been recognized by the committee’s investigations so far.”

Questions were first raised about Olympus’s finances in August by the Japanese magazine Facta. The scandal deepened in October after Olympus fired its chief executive, Michael C. Woodford, over what it initially said were cultural differences in management style.

But Mr. Woodford later alleged that he had been dismissed after questioning the company’s chairman and board about some of the payments.

Mr. Woodford plans to speak this week with Japanese authorities about the investigation. He has also been cooperating in the United States with the F.B.I. and the Securities Exchange Commission, which are looking into the matter, and has submitted evidence to Britain’s Serious Fraud Office.

Olympus has promised that its six-member panel of experts, led by Tatsuo Kainaka, the former Supreme Court justice, would conduct an “impartial and thorough” investigation. The full results of their investigation are expected next month.

Meanwhile, Goldman Sachs and two other group firms were found to have held a 6.67% stake in Olympus "as part of trading and stock lending businesses," according to a report the brokerage submitted on Tuesday. 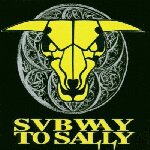